Discover how electric cars work and their types, components, and technology. Learn about electrical car future and benefits!

On this website is information about how electric cars work, the main benefits if used, and the prospects of development in the future.
The first topic is about the energy transition and the role which electric cars have here. Also, find what are the main advantages of electric cars over conventional vehicles.
Another chapter refers to the technology of electric cars.

Electric cars are presenting their main components here, as well as different car types.
Finally, electric vehicles present the policy associated with infrastructure, health, mobility, and the experiment. Find what are the benefits of driving when using electric cars, and their future on environmental protection.

Electric vehicles have the advantage of higher efficiency, lower emissions, convenience, and lower cost of courier ship.
Using electric cars renewable sources of electricity like wind and solar energy, net emission from a fuel perspective can be brought down to nearly zero.
Furthermore, electric cars can be used as storage for renewable energy and can support the grid via vehicle-to-grid technology.
Electric cars have low maintenance costs. Because of this and because of the low price of oil in some segments, the price of electric cars begun to fail.
Because electric cars are more specials, have no gearbox, make no noise, and can be charged at home, they have a high deal of convenience.

key parts in an electric cars

However, they are also disadvantages of electric cars, such as the high price of the battery and the range anxiety(see article) due to the limited battery charging time. This can be solved by developing the charging infrastructure of electric cars or using hybrids.
In the energy transition, governments have an essential role to play in the transition to sustainable mobility and renewable energy.  In the case of mobility, it should support the transition to electric cars and the use of renewable energy.

The main component of electric cars is the transition battery, the electric motor, and power electronic converters.

The traction battery accumulates energy to propel the car. The battery is one of the major components of your car. Imagine just how your car would start if it had no battery. Well, your car would actually not start without a battery. This simple thing illustrates just how important this part is.

Charging infrastructure for the electric car will play a key role in the mobility of electric cars in the future. Electric vehicle charging is possible by AC charging and DC charging.
Typically, charging over 50 Kw is done using DC charging.

Some of the advantages derived from using electric cars include the following:

Savings or no gas usage:

Electric cars have no gearbox. Their engines work at full capacity even at reduced speeds. Electric cars function normally and on a consistent basis at any motor speed.

Electric cars are easy to drive on the road because of its lightweight.

You will need to charge the batteries, but today’s battery cell technology has increased. You can drive a hundred miles with your electric car with one dollar cost of electricity. Only after that, you ever need to recharge the batteries again.

Electric cars run with lighter materials and are much smaller than conventional cars. This going to get a good power to weight ratio, which will make the car go faster and also go farther than older ones. 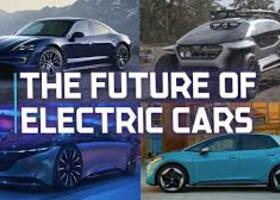 The adoption of electric cars has opened doors for future brands. There are new possibilities and ways to enhance both ...
Read More

In plenty of developing world, the benefits of using electric cars are obvious. Electric Car's Benefits With the difficulty of ...
Read More

More, electric cars do not emit harmful gas, which contributes to greenhouse gas in the atmosphere and finally global warming. They have significantly less tail gas pipe emissions. The effect of this in the long-run will be a clean pollution-free environment around the globe. Electric cars have become popular, especially for people who are concerned about the environment.

These reasons are enough to give you the idea that electric cars will be beneficial in the future for driving. 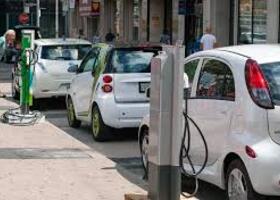 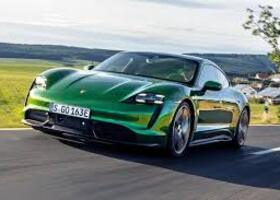 Types And Operation Of Electric Vehicles

Worldwide are several types of electric vehicles we have heard about. This article is a classification and a summary working ...
Read More